What is an iWave and how does it work?

iWave is an air purifying device that installs in any duct in your heating or air conditioning system.  When air passes over the iWave, ions produced by the device reduce pathogens, allergens, particles, smoke and odors in the air, creating a healthy environment without producing any harmful byproducts.

iWave uses patented technology, called needle-point bi-polar ionization, to create equal amounts of positive and negative ions.  When these ions are injected into the air stream, they break down passing pollutants and gases into harmless compounds like oxygen, carbon dioxide, nitrogen and water vapor.(See Below)

When the ions come in contact with viruses, bacteria or mold, they remove the hydrogen molecules – without them, the pathogens have no source of energy and will die.  The ions also attach to allergens like pollen and other particles, causing them to band together until they are large enough to be caught by your ventilation system’s air filter.

iWave’s technology generates the same ions that nature creates with lightening, waterfalls, ocean waves, etc.  Nature uses energy and shear to break apart molecules, naturally cleaning the air and producing a healthy environment.  The only difference between the iWave’s technology and nature is that the iWave does it without developing harmful ozone. 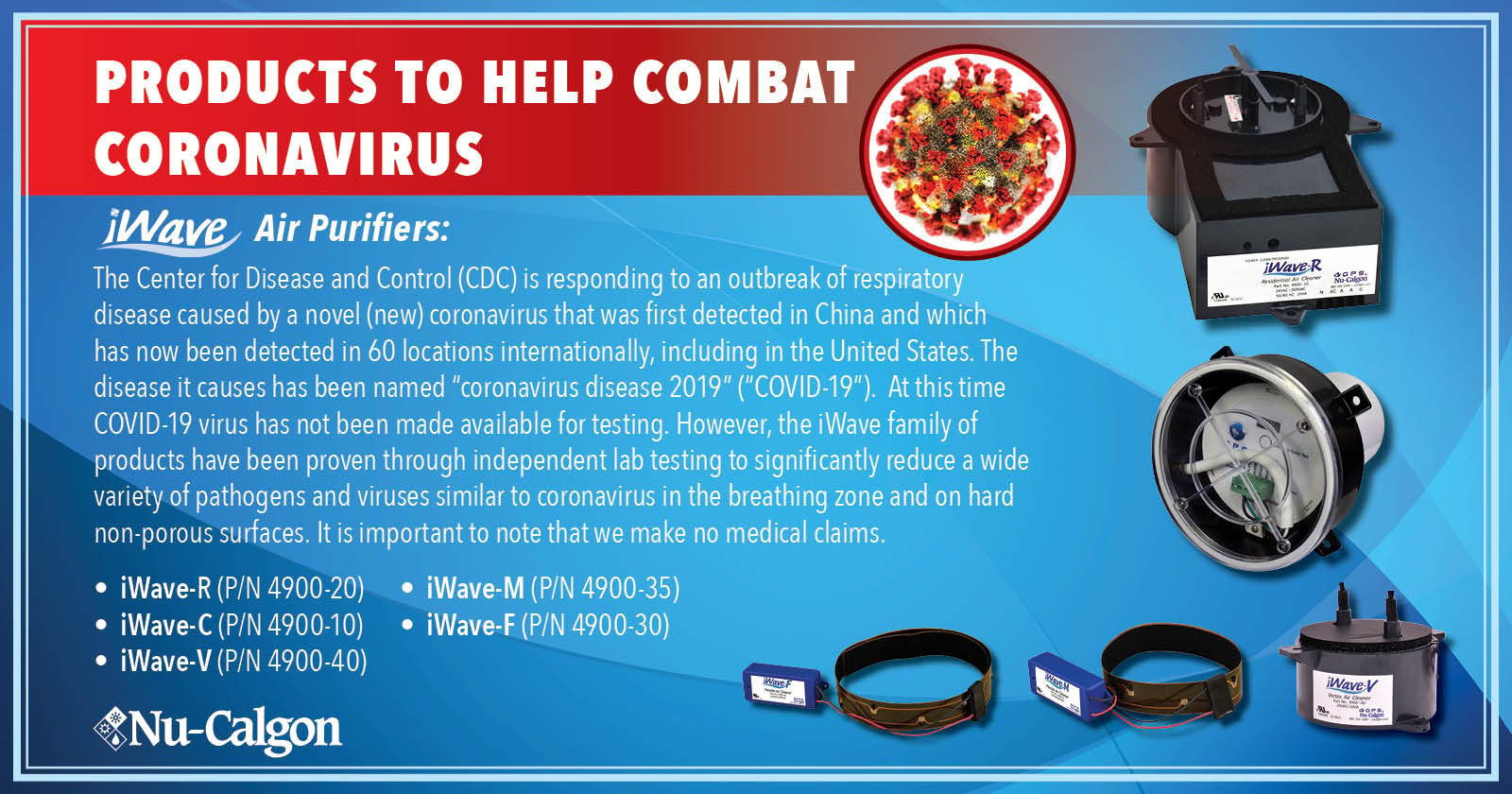 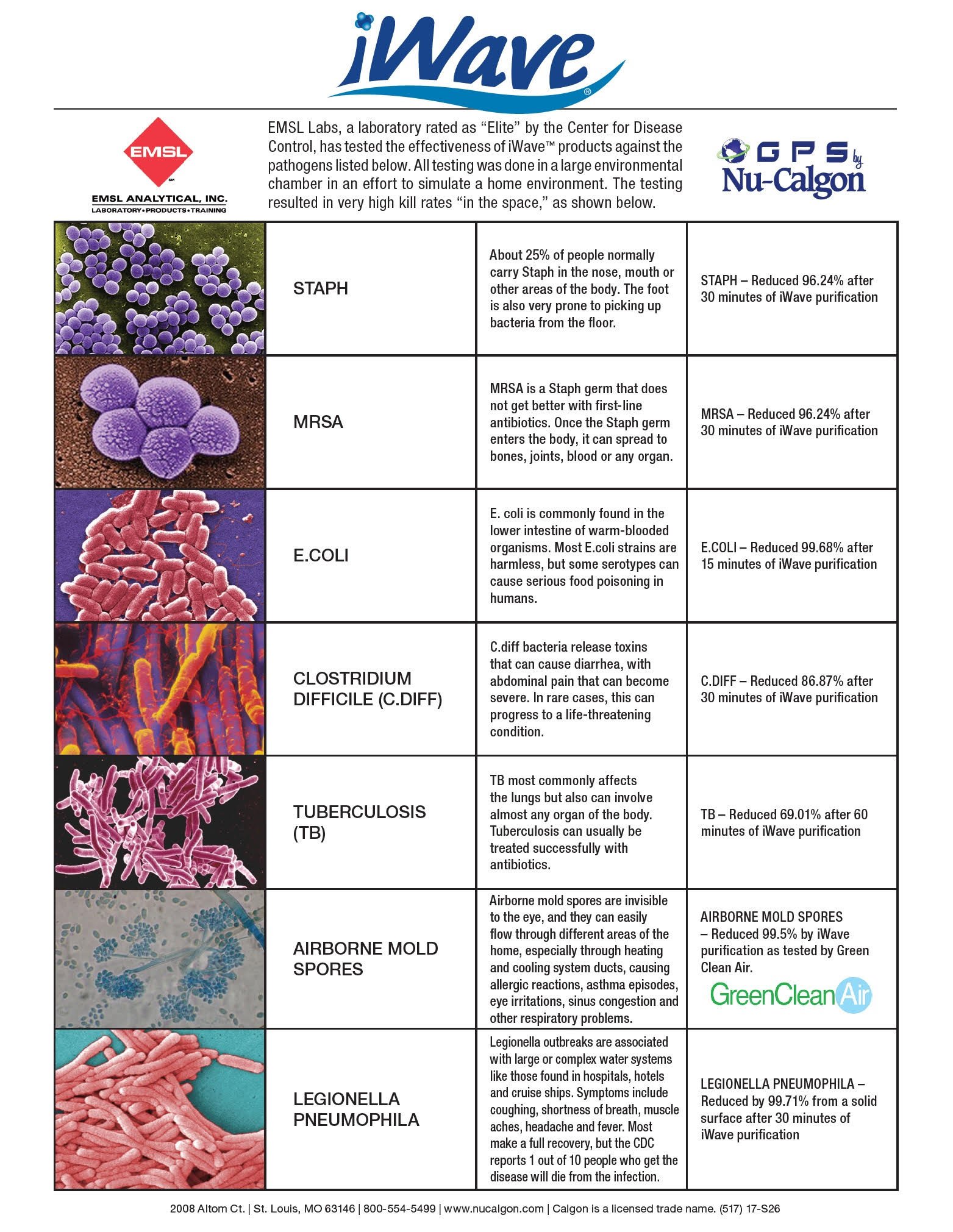 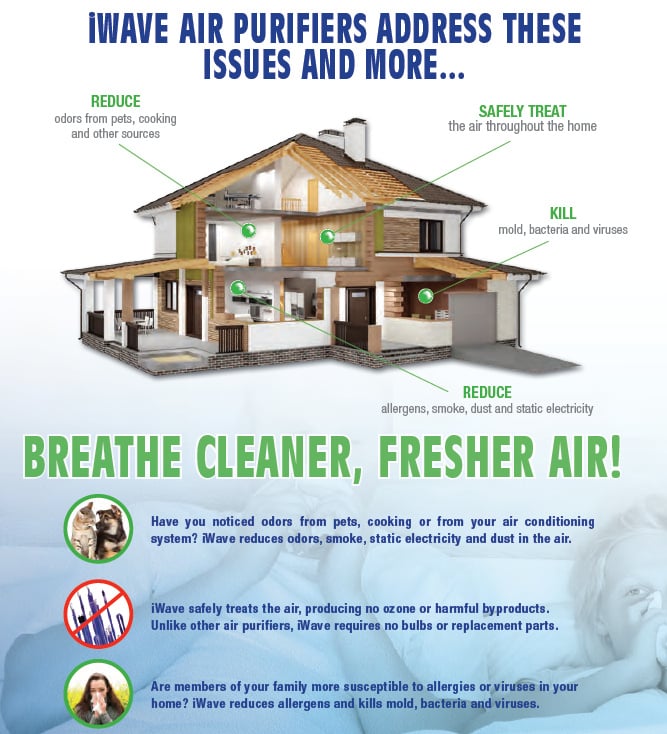